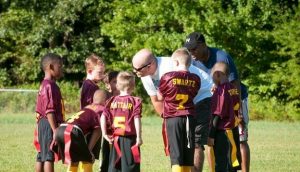 Coaching has long been recognised as a vital way of developing skills and abilities in order to boost performance in business. In many organisations, including those in regulated environments, coaching is considered to be a proven approach in assisting with the achievement of targets and also in improving job satisfaction, relationships and general well-being. All good, you might think.

Why is it then that some managers don’t get involved in coaching? Having studied coaching in both business and sport over many years, I have come to recognise some of the reasons. Cynics might call some of them excuses.

Here’s a few to be going on with:

1. The company does not have an embedded coaching culture. The Manager then thinks that coaching is not what he signed up for so why should he bother? He’s there to get results and telling people what to do is the best way of achieving his targets. He simply doesn’t see the need for it.

2. The Manager does not understand what coaching is. He thinks monitoring is coaching. But, most of the time , all this involves is the regurgitation of figures which everyone knows anyway. Coach is a great title to have but it’s not about what it says on the back of your jacket, it’s what you do that counts.

3. The Manger vaguely understands coaching but pays lip service to it, this being reflected in an inconsistent, ambiguous approach to it. Direct reports will be confused by this method. Make your mind up. Get more training if you need it.

4. They don’t have enough time. Whilst I agree that coaching takes time, in the long term this will pay off. This is because the employee will no longer run to the Manager to ask what to do and how to do it. They will become more self reliant and as a result free up more of the Manager’s time. This is an excuse.

5. They are worried it will spoil the relationship. What relationship? Excuse! Delivered properly, coaching will improve the relationship, not detract from it. The “coachee” will come to respect your feedback and commitment to him. His self esteem will improve and his feel good factor will soar with his performance. Or you can keep telling him what to do or worse still, do it for him. And he will resent it. Your choice.

6. They don’t have the skills. True, perhaps. Skills in communication, relationship building and management. giving feedback, observation and assessment are key but they can be learned and developed. The important thing is does the Manager ( and the company) have the desire to:

If they do, it’s never too late to join the numerous companies who have seen massive benefits from establishing a coaching culture and developing it company wide.

So, where do you figure in the skill/will matrix. Can you do it? Will you do it?

Gareth Evans is a proven coach in both business and sport. He trains and coaches in all critical skills areas. Get in touch via www.garethevansconsult.co.uk He can design and deliver bespoke major programmes, 1 or 2 day courses or bite size high impact sessions.